She was hypnotized. into believing she was a powerful classicalviolinist. After only, her second violin lesson that she had ever taken.
Her instructor was so blown away by her level of skill, she was immediately enrolled into
.
Another test subject was hypnotized into thinking she was Raphael, the artist.
Before being hypnotized using this secret experimental method, she couldn't even draw a "smiley face."
Yet, within a month, she had the artistic skill of a professional designer.
Through these experiments and many more that followed, and after many endless hours of trial and error, combined with the secret mental technique which was developed that without hypnotic trance.
The techniques were able to help ordinary people to become:
These techniques have now been adapted and designed, so you can also possess this secret mental technique that allows you to "pretend" and "adapt" the genius skills of absolutely anyone you choose.
Imagine for a moment if you could be anyone, acquire the skills of any person, who would you want to be? What would you want to excel at more than anything else?
If you are interested in improving your skill levels and talents, then you might benefit from this technique.
Learn how you can cheat your way to success by stealing the talents and skills of the geniuses and become anybody, with the Genius You Program.
Releasing the genius you

Have you ever wished you could fast track your way to becoming a better you, or increase your talents to genius level.

If you could steal and download the talents of some of the world's geniuses, so you could transform yourself to the genius level at what you desire to be, would you be interested?

Everybody has limitless untapped potential, but many people are not able to fully tap into their true abilities and talents.

Often this is down to their previous negative programming and limiting beliefs, yet with the right beliefs and mindset, there are no limits to what you can achieve and become.

Other factors that can block out your creativity, intelligence and rob you of performing at your true potential are negative stress and tension.

Stress blocks off your creativity and makes you stupid, the peak state to tap into your true potential and perform at your peak performance best, is when you're relaxed and in the flow.

People are under the misconception that some people are naturally born more intelligent, confident, skillful or creative.

But we all start off on the same level as babies, what happens to us after that and what success and performance levels we achieve is based on the thoughts we have and the amount of time and effort we practice something.

Geniuses and successful people are not born that way, they are self created and they do this by modelling their hero's as well as repeatedly developing their new skills, both mentally in their mind and by doing it through physical practice and repetition.

Use your mind to become a better you

In fact, it has been proven that you can become better at something through imagining yourself performing the task or skill you want to improve on compared to the traditional way of physical practice.

Why this is so is because when you rehearse something in your mind you only visualize it going right.

For example, if you want to improve your golf through visualization techniques, you're only going to imagine yourself taking a shot and seeing yourself getting it right, you never mentally program yourself to miss or make a bad shot in the rough.

Then through repeatedly imagining the shot going well it then becomes a well practiced habit and a program in the mind, this method of using your mind to improve your skill levels have been proven to improve your success levels.

If you do it the other way through practicing on the golf course your going to miss some shots so your not training and conditioning yourself for things to go right every time, doing it all the physical ways also causes more stress and frustration.

Many leading successful people would spend hours modelling themselves on the people they want to be like.

By copying the successful, you can begin to develop some of their skills and genius mindset, but instead of doing the physical practice you can achieve much higher levels of success through using your the power of your mind to hack into their mindset and copy their talents

So what if you could fast track your way to developing a genius mindset or take on the talents and skills of those who have already acquired the genius level you seek without the years of hard work and training that your role models had to endure in order to reach their peak performance levels.

This is not just some science fiction fantasy.

This method has been derived from some pretty extensive experiments in the early 1960's by two highly regarded psychologists Dr Vladimir Raikov of Moscow and Dr Milan Ryzl of Prague and it has since been improved and updated over the years and it is now being honed into an easy to use technique for anybody to advance their skill levels.

Vladimir Raikov was a .

In the 1970s, he conductedxperiments in Russia that would go on to change how we view the capabilities of the human mind forever.

He invited a select group of inexperienced music students to play to an audience at the Moscow Conservatory of Music.

They students were described at a level of, mediocre at the very best.

, then proceeded to hypnotize the music students into believing they were world-class musical geniuses, such as the likes of Sergei Rachmaninoff.

After they had been hypnotized, he then asked them to play to the audience again.

Before they were hypnotized, the group of music students, were categorized as beginners, but after they went under hypnosis, this time, their performance levels raised, to what was said as genius standard.

To the amazement of others, their new performance was now being classed as an outstanding.

The very same students who earlier, were seen as average, without any physical training, finished their performance to rapturous applause and they received a standing ovation.

Through harnessing the power of their mind, the students had suddenly, within an hour, become musical geniuses.

In that hour, something truly amazing had happened.

, had "infused" them with genius qualities, and their new high standard performance levels and skill continued to stay with them long after the experiment finished.

Just to prove that it was not a fluke, Raikov, then went on to do the same experiment with other genres including art students, and many other areas.

To further prove that his genius experiments were genuine, Raikov repeatedly performed his tests, whilst being overseen by American psychologists.

His technique later became known as the Raikov Effect.

Today, the "New Raikov Effect" allows anyone to "steal" the talent and abilities of geniuses (ranging from musical skills, to confidence, to business, to brain power, to happiness and more), all in just minutes.

How you can steal the talents of a genius

Later an NLP technique, that mimicked his experiments was created to help anyone who wants to increase their skill levels and talents.

The NLP method originated from one of their experiments which they were testing out on a young lady. This involved using a simply hypnosis technique. First she was hypnotized into a deeply relaxed state.

She was then entranced into believing she was a powerful classical violinist. After her second violin lesson she'd ever taken.

Her instructor was so blown away by her new found level of skill, she was immediately enrolled into the advanced class.

Another test subject was hypnotized into thinking she was Raphael, the artist.

Before being hypnotized using this secret experimental method, she couldn't even draw a "smiley face." Within a month, she had the artistic skill of a professional designer.

Through these experiments and many more that followed and through endless hours of trial and error, a secret mental technique was developed. They discovered that you could still reach the same skill levels without even having to be put into the hypnotic trance state.

The now shortened version of the original experiment was still yielding the same astonishing results and to their surprise the updated technique was helping people to become:

Now for the first time ever you can also possess this secret mental technique that allows you to "pretend" and "adapt" the genius skills of absolutely anyone.

Try this little exercise and imagine for a moment that if you could be anyone and you were able to acquire the skills of any person you wanted, who would you want to be and what would you want to excel at more than anything else?

Because by regularly using this NLP technique you will  learn how to quickly and easily take on the positive mindset and the genius talents of anyone you desire.

It can help you to better yourself in many areas, like developing more confidence or razor-sharp business acumen.

You can learn how to paint like a famous artist, learn the creative skills of a musician or become a profound writing talent to name a few examples. 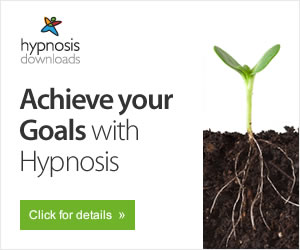 Stop fighting with your thoughts and learn how to quieten them

Worrying can  your health and quality of life